Ah.... those were the times - high school. And every year, new "pheasants" come to the school and try to earn a right to be considered equal to the se…

Ah.... those were the times - high school. And every year, new "pheasants" come to the school and try to earn a right to be considered equal to the seniors. In my high school (Šentvid), they've been organizing initiation ceremonies for 21 years now. I had to attend one (we were the "fire brigade for Maršal Tito"... not the real Tito, I'm too young for that :) ) and I helped prepared one where I was the "Great Šentvid Wise-man". Anyway, it's a tradition that's real fun for everyone, including the pheasants. Even though they don't realize it until after it's over :evil:.

The theme this year was "Special unit of Gimnazija Šentvid". The phaesants were marked as illegal immigrants and the special team was sent in to control them.

The gallery is here. 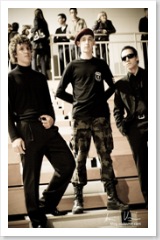 Led by Commander Jaka (pictured above in the middle with his two bodyguards), an obvious analogy to the principal of Šentvid - Jaka Erker, the special forces tried to teach the immigrants how to behave.

I hope it worked, but I guess we'll see in 4 years. Anyway, the people in orange shirts are phaesants. They had to perform something for the commander, and bring gifts. 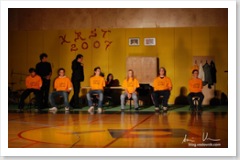 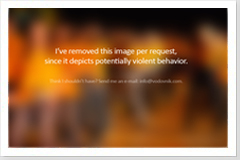 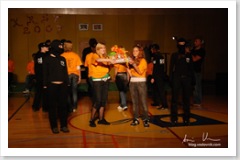 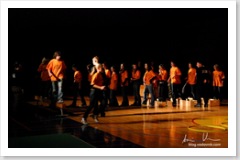 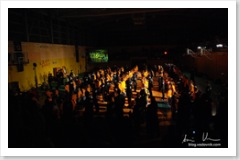 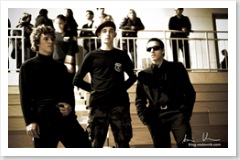 The gallery is here.

The event was a big one, there were 173 "immigrants" and over 60 seniors in the show. There were over 900 visitors and all the proceeds went to charity (OŠ Železniki). 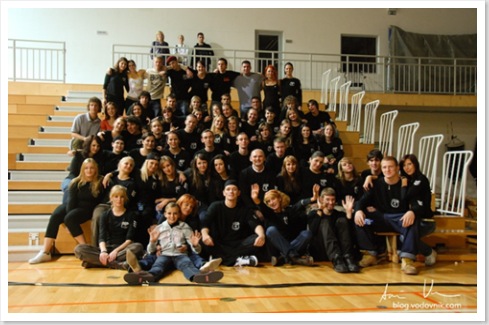 Disclaimer: Please note that no animal, human or phaesant was harmed during the process, although some did try in the course they had to run through :-).