Yes, I've finally got enough time to write something to my blog again. There have been a number of interesting developments in my life recently, one of which is that I no longer work at eCTRL. My future plans will be revealed at the end of August, but I'm excited. Very excited :-).

There are a lot of things I have on my queue right now (photography wise), but I've decided to start with Alya. I've been to her concert in Porotorož. As with other concerts in the Avditorij this year (Gušti in Polona, Hladno Pivo and Leeloojamais), there were about 20 people present. Really a shame, as Alya showed she still has it.

Granted, I could tell the band is fairly new, but still, one of the most energetic performances I've seen lately (topped only by those of Tabu -- I'm going to post a longer post on them later).

I've photographed Alya before, but I can't find the post, all I can find is the article, so I knew that she will be jumping on stage. A real bad thing for me, because the lights were horrible. I miss spotlights... ah.. 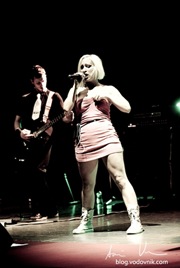 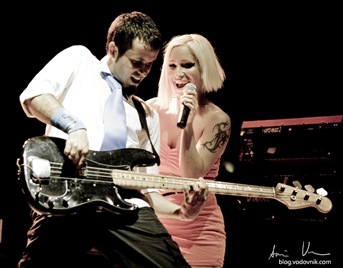 So, she performed a couple of her songs, some older, some newer, and a lot of P!nk covers. In any case it was an interesting show and I was impressed. 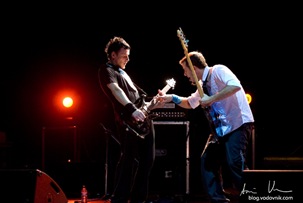 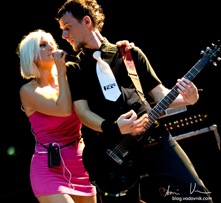 After the show, my friend Petra, had an interview with Alya. She asked me to hold the camera during the interview so I missed the best shots :-). But, we had a chance later to get just a couple of photos of her in a pose. There were these really cool mirrors there, and we agreed that would be a good place to try something. If I only I had more time... There are a million ideas in my head, but.... c'est la vie :-). 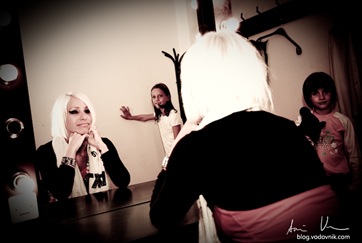 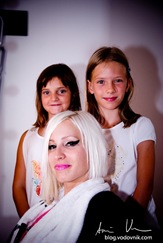 Finally, some time to post something new to the blog. I've been…

On Thursday, a bit late in the day, I got news that…