Finally, some time to post something new to the blog. I've been less active here for a while, but it's because I haven't been to a lot of concerts lately. I jus…

Finally, some time to post something new to the blog. I've been less active here for a while, but it's because I haven't been to a lot of concerts lately. I just didn't have the time.

A couple weeks ago, there was a concert at Vransko. The concert was named Vransko Summer Night, and we witnessed performances by Big Foot Mama, Pankrti and finally, Tabu.

I won't comment on performances by BFM and Pankrti, but Tabu's performance was awesome. Amongst other things, I had the opportunity to use an ultra-wide lens. That made me super annoying to my fellow photographers, but it gave me a really nice option to try things that I haven't tried before. 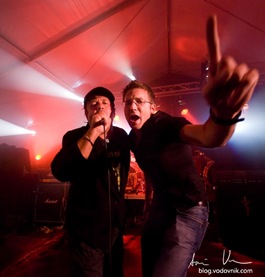 Before Tabu's performance, Petra asked me to "hold the camera" for her video interview with Tabu. The boys and girl were really fantastic and when we looked for a place to conduct the interview they were not shy to suggest using a convertible one of them owns. We raced and got the car ready. The answers were full of optimism and it's clear they enjoy what they do. At this point I'd like to thank them again for being so friendly. 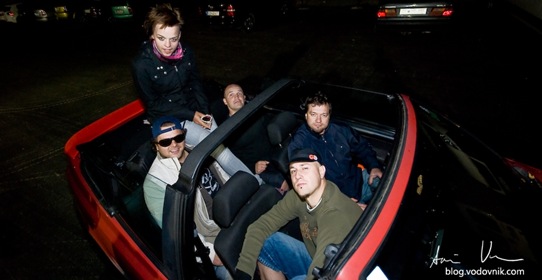 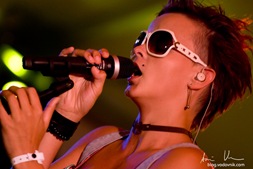 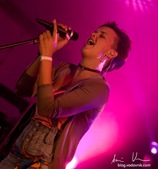 And for my favorite shot of the night... I don't know why, but I like the pose and the lightning. 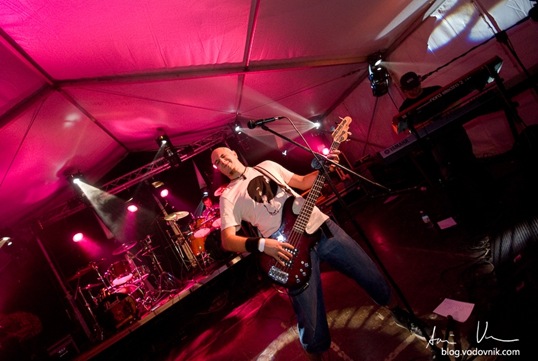 So all in all it was an interesting concert and a fun night. If only there weren't any media-starving attention whores (yes Sandi from Big Brother, I mean you).