It started with a simple twit by Kompas Shop. They invited twitter users to apply and get their fresh RC/IR helicopters that can be controller from Android or iOS devices (through a simple IR dongle) or through the enclosed RC control "pad".

Us gadget freaks have this interesting thing where we love to do unboxing. The box the RC helicopter comes in is a pretty standard, black box with plastic see-through windows of the helicopter and control pad. 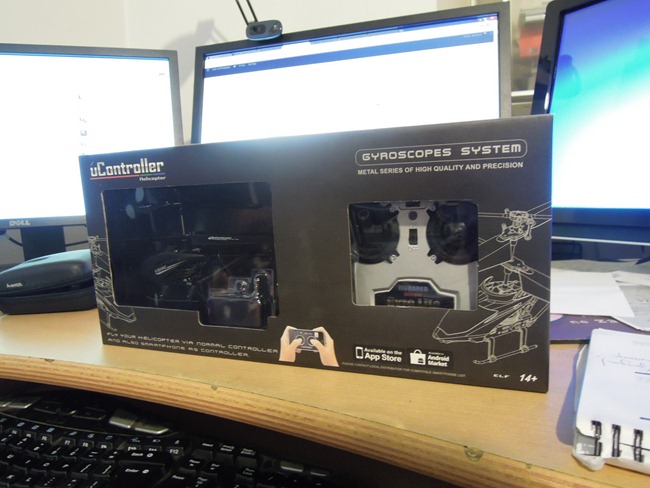 The helicopter itself looks interesting, it seems pretty well built (it is made in China), and has a gyroscope stabilizer system which doesn’t mean it has an autonomous leveling system (like the Parrot AR.Drone) but it has a weighted third axis on the rotor assembly that acts as a stabilizer. 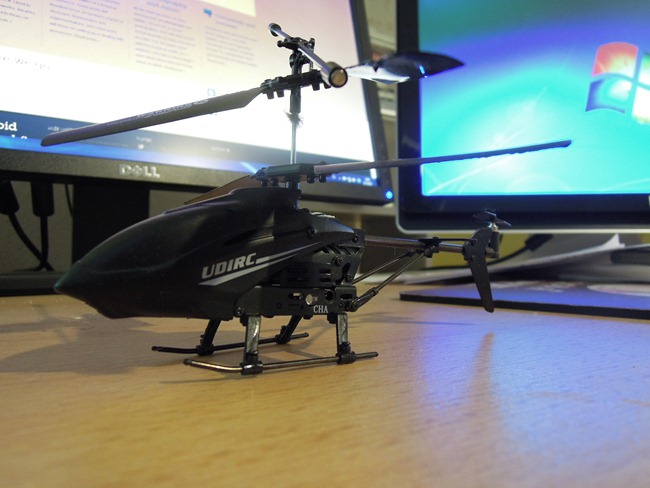 Everybody knows RC helicopters are generally very hard to keep afloat but this one makes it pretty straight-forward. 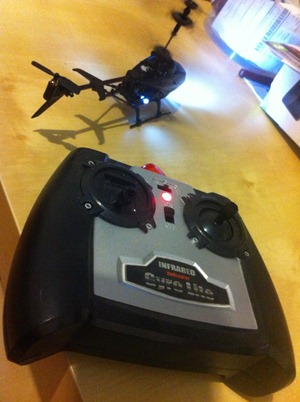 Flight is obviously a bit hectic, and quite soon after I started flying with it, I crashed into an exposed light bulb. That did not turn out well, but surprisingly, the helicopter survived. But all in all, for a small, inexpensive RC/IR toy made in China, this helicopter is miles of fun. It comes with a repair kit (you can exchange the rotor blades if your destroy them) but I fail to see when you need them. I crashed the copter into a million things, ranging from harmless stuff like flowers, to heart-attack inducing items like my guitars and up to hard stuff like concrete walls. It has survived everything so far. I have been playing with it for over three months now, and it is still fun. We even handed two of them out at a lecture at NT Conference this year (thank you Kompas Shop).