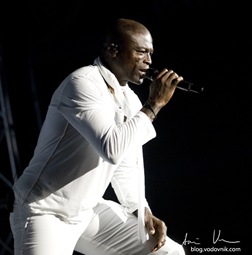 Tonight, Ljubljana's Hala Tivoli was filled with fans of Seal's dance-flavored music. Known by his stage name, his original name is a bit longer, Seal Henry Olusegun Olumide Adeola Samuel. Most people also know him for his marriage to the world famous super-model Heidi Klum, who unfortunately was not present today.

His performance today was an interesting one, although not really my taste. What really impressed me was the amount of crowd interaction he had.

During the show, Seal accidentally hit a fan on her head with his microphone stand. To make up for this, he invited her on stage and danced the whole song with her. When the song ended it looked like she was being led back-stage. It's a shame it was already after the allotted three songs, so we had our equipment locked somewhere safe in the PR office. 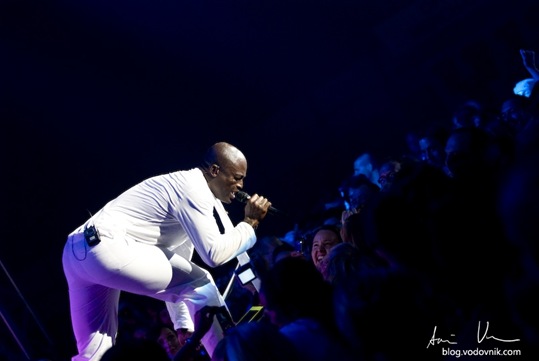 Seal has specifically requested that a center piece be put in front of the stage and that's where he spent most of his time. It's an interesting decision and I haven't seen any artist (when performing here) do this. It was just enough to allow him to bend down and shake a few hands. 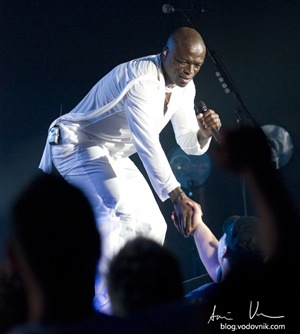 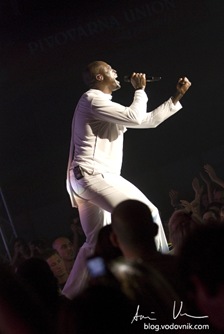 What amazed me though was the lightning. After Miro's experience in Zagreb, there was a quiet lurking feeling amongst us photographers that this year, it will be the same. Well, what a surprise. The lightning was amazing. Around 30 moving heads around the stage and 4 spots, 2 for Seal, and one each for the backing members (guitar & bass). Even though we had a fixed position by the side of the stage it was a fun experience and an interesting one too. 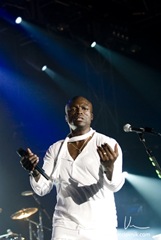 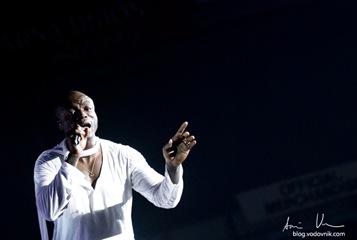