Holly crap, what a weekend!! First, company party on friday, then early morning rehearsal in Ljubljana, and at the evening, the night at the beach event in Izol…

Holly crap, what a weekend!! First, company party on friday, then early morning rehearsal in Ljubljana, and at the evening, the night at the beach event in Izola. At the event, we heard two rocking bands, TABU (Vransko 09, Vransko 08, Capris Open Air) and Big Foot Mama (Best Union, Škisova tržnica, Graduation parade).

Tabu celebrated birthdays of their lead singer (Tina), of their drummer (Primož) and of their stage tech (Sandi) so it was an interesting show with an interesting “closing” afterwards :). 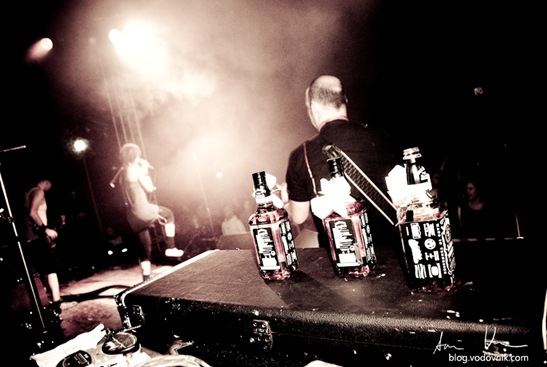 The birthday gifts, one for each person. 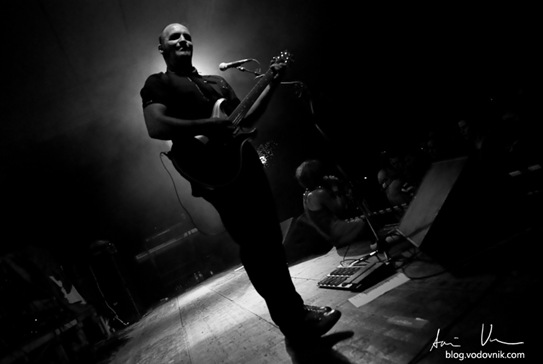 I tried to do something different this time, so I went for a more black&white / old, grainy look on some photos. I really like the effect, what do you think? 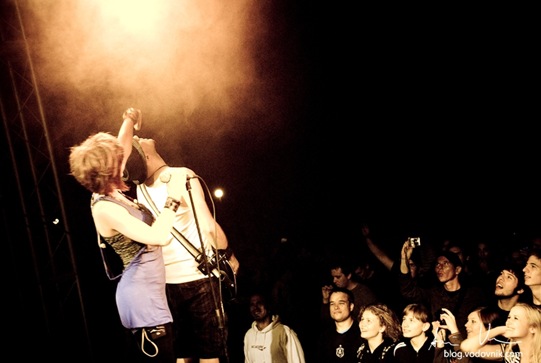 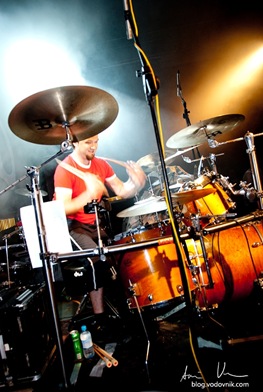 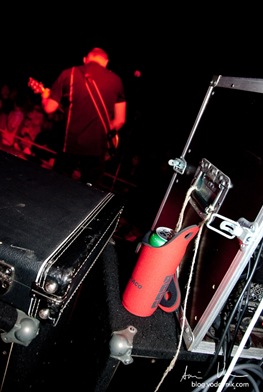 I was up on the stage, so I decided to snap Primož in action, a bit closer this time than I usually do. While I was looking for a few good shots I also spotted Maco’s beer container :-). I had to take the picture, it was basically calling for it! And I want one of those tooooooo 0:-). 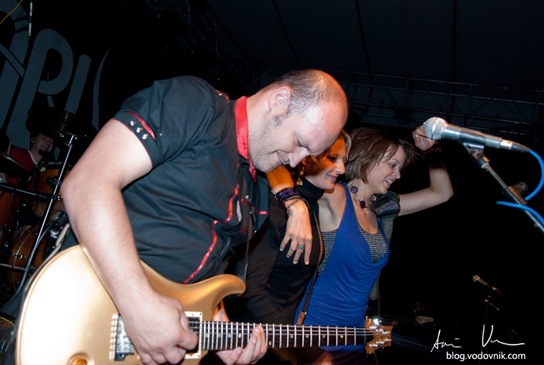 During the concert, something extraordinary happened. Tina invited a special guest on the stage, Nina, Tabu’s first singer. They all get along very well and there are no resentments or anything similar in the band, but it was nice to hear Nina sing again. Although I really like what Tina brings to the group, I’d still love to hear both of them do a duet one time.

My last memory of her performance was at Hala Tivoli, at a Coca cola sponsored concert… But it’s a very vague recollection. 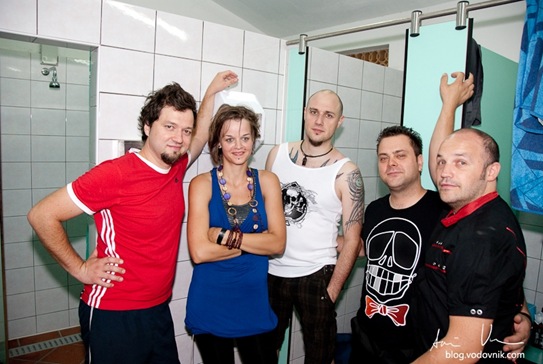 To finish it off, a shot of Tabu in the locker room. There are other shots, but it’s up to them to post them, hehe. Will link, if they decide to. 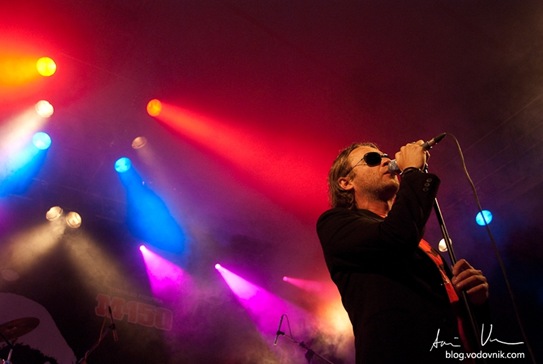 As for Big Foot Mama, I really didn’t spend a lot of time taking photographs of them. I just did a few shots to have them when I needed it. So I am just posting this to “satisfy” the title’s requirements :-).