Another trip to Udine – this time to see alternative rockers Coldplay (article at Delo.si). To be honest, I expected a lot from the guys. Being a world famous b…

Another trip to Udine – this time to see alternative rockers Coldplay (article at Delo.si). To be honest, I expected a lot from the guys. Being a world famous band that existed for a while now, I thought they’ll make a good show – a spectacle in a sense. Well, I was disappointed.

All in all, I couldn’t believe a “stadium type band”, can make so many mistakes per night. Chris apologized, saying that he has a cold – bullshit. Cold can make your voice change, but it can’t make you forget lyrics, miss piano keys, etc.. 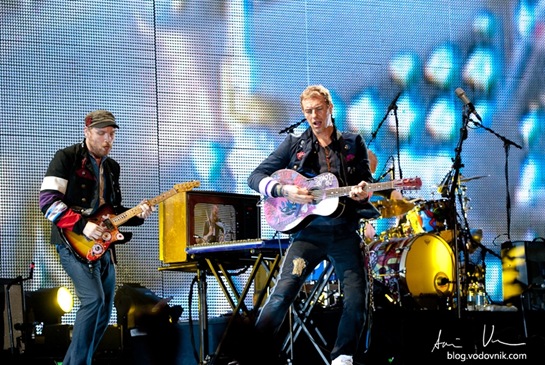 Even the photographing position was a let down. They had us parallel to the stage, behind a walkway, and we were allowed to photograph the third, fourth and fifth song. The third was Chris behind a piano, faced away, on the far side of the stage, all red lights, and that’s it. 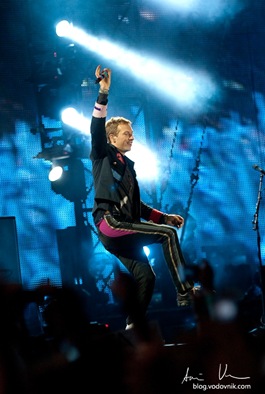 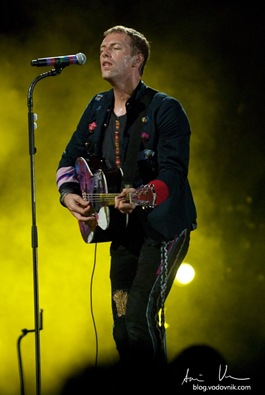 So yes, I was very disappointed, but realize some fans liked it. 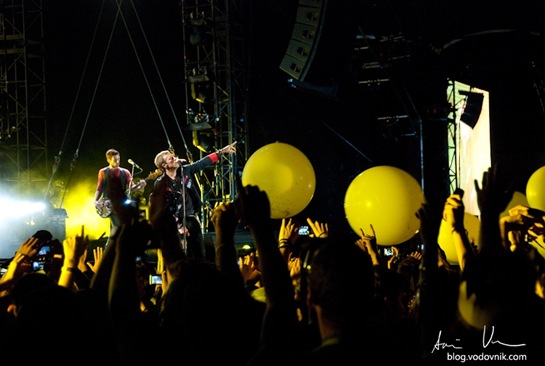 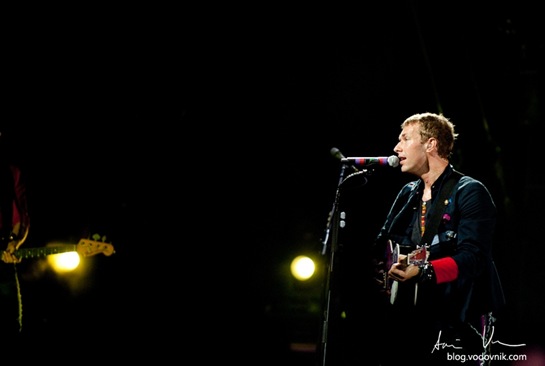 Although I like being behind the first batch of fans (it makes for a more interesting picture, if the light is good), I’d rather appreciate being given a choice :-). 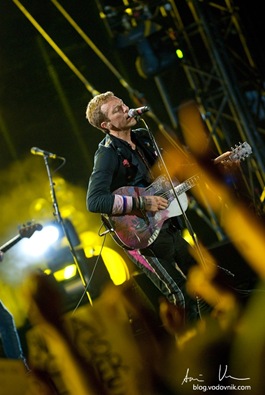 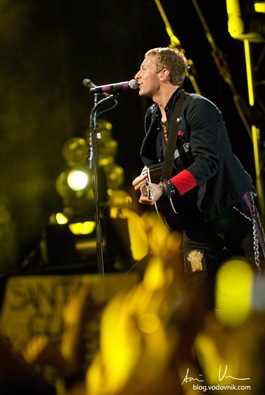 Again, I realized I could use a longer, fast lens, like 300 mm 2.8, but there’s no way to justify the purchase of a lens like that for a photographer like me. One positive thing at the concert was the crowd. It was so untypical Italian, they actually took part, clapped, screamed, and all in all enjoyed the show, especially the two times when the band moved to two smaller stages in the middle of the stadium.